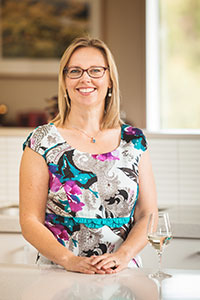 A couple of weeks ago somebody asked me how I became a winemaker and it led me on a trip down memory lane… I can’t believe my 22 years in the industry all started with a visit to the optometrist as a teenager. It was Dr John Loughlin, who also owned Waimarama Estate, who asked me what I wanted to do when I left school. I replied that I wasn’t sure but I knew that I wanted a job with lots of variety that allowed me to work indoors and outdoors, he suggested wine making. The idea appealed to me, and not long afterwards, I found myself skipping an afternoon of school for an appointment with Kate Redburn (Villa Maria) to find out more…

My further education led me to Massey University (Micro & Plant Science). Eventually these studies were cross-credited to complete my Bachelor of Applied Science (Wine Science) from Charles Sturt University in Wagga Wagga, Australia. This was completed by distance education while I worked for various wineries, including:

After a spell as Assistant Winemaker and then Winemaker at Soljans Estate Winery, Auckland I moved to Marlborough.

In a recent post I wrote about whether I considered wine making art or science, (read it here), my next role within the industry definitely took the science side of the debate… I became an Oenologist for Pacific Rim Oenology Services, PROS in Blenheim. Find out more about Oenology here.

From 1999 to 2003 I worked at Grove Mill, (now The NZ Wine Company), again starting off as Assistant Winemaker before being promoted to Winemaker. After that the science bug bit me again and I went to work at Wine Bottlers Marlborough as Quality Manager to develop systems to meet BRC and even got to design the laboratory. In 2006 I returned to PROS as Consultant Oenologist and continue to support The Southern Pinot Noir Workshop on their behalf.

It was around 2004 that Russell and I recognised a unique opportunity in Marlborough… Whenever one considers the great wines around the world, and inevitably Europe, there are some common characteristics, they are style and site specific and they age well; because of this they are considered rare and attract a price that reflects this. At the time Marlborough was burgeoning with Sauvignon Blanc grapes, but nobody had filled that gap in the market with a Sauvignon Blanc wine that had its own individuality because of its terroir, many were still winemaker influenced. That’s why we created Fairbourne, which has been made to reflect where and how it has been grown. The hand-picked grapes from a single vineyard translate into something very special, which is why it represents Sauvignon Blanc under the “Specialist Winegrowers of New Zealand”, something that Russell and I are immensely proud to bring you. 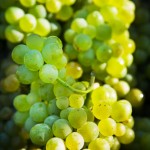 Here at Fairbourne Estate we make premium, handpicked, Marlborough Sauvignon Blanc. The word Sauvignon is a derivative from the French word Sauvage meaning wild or savage and of course the word blanc is the French word for white. The wild or … END_OF_DOCUMENT_TOKEN_TO_BE_REPLACED

16th January marks International Hot & Spicy Food Day! While it’s common to reach for a beer when you're eating a … END_OF_DOCUMENT_TOKEN_TO_BE_REPLACED 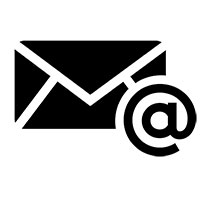